← more from
Ashmont Records
Get fresh music recommendations delivered to your inbox every Friday.
We've updated our Terms of Use. You can review the changes here.

Could It Be Magic 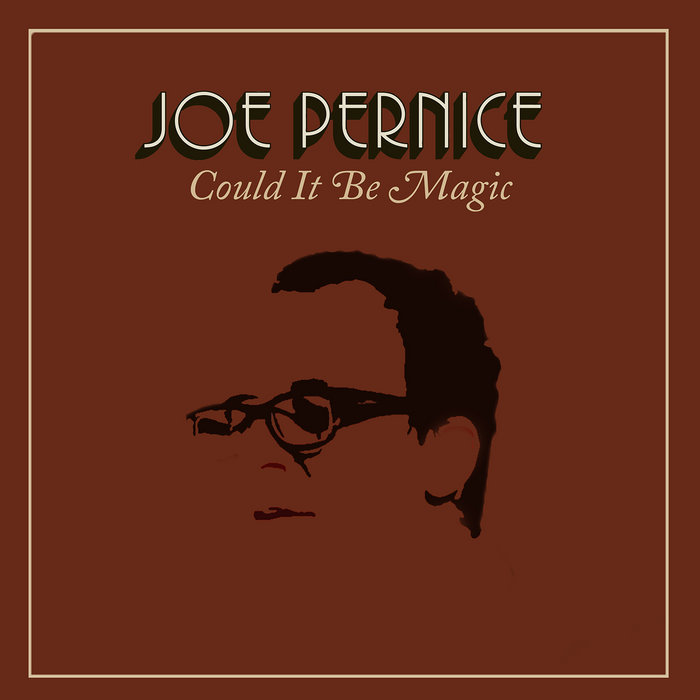 george szeremeta Missed you over the years you have been off doing other things and living your life. Good to have you back! :)

Sleeping Brothers Records It IS magic. "Weekend in New England" alone is worth the price of the album. At the moment, I can't think of a better pairing than the Pernice sound and Manilow's songs.
more...

IMPORTANT NOTE: this is a pre-order. The LPs and CDs will be manufactured in the coming months, and we anticipate shipping them around the end of this year. Don’t count on having a physical object in time for Christmas.

Barry Manilow’s music is a part of anyone and everyone who was anywhere near a radio in the 70s and 80s and the decades since. I’m not saying I was a big fan, growing up. But Manilow was the sonic, floral wallpaper of the era, as ubiquitous as the airwaves on which it sailed. Back then, I hadn’t yet picked up on Frank Sinatra’s ring-a-ding, either, but both artists were already linchpins of the American songbook. Of Manilow, Sinatra once said, “He’s next.”

“His name was Rico / He wore a diamond”

They are both, of course, quintessential showmen. Some years ago, I saw Manilow perform at the Illinois State Fair in a milk-of-magnesia-blue blazer; He immediately commanded his audience, putting on a dazzling performance of hits. Yet, despite the pageantry and the lights, the sequins and sing-alongs, aside from the intricate and uniquely Manilow melodies, I felt as if he was transporting me to moments in his life, a life of hope and despair, longing, believing, dancing. And love—when you’re ready to take a chance.

While Manilow is a great songwriter, many of his hits were written by others. Which also strikes me as important. He didn’t write them: He chose them. He selected honest, generous, intelligent music with story and style, delivered it with passion and gusto and showbiz razzle. He’s had tremendous highs and his share of lows, and he finds music that bares his soul—I think, to help us feel, too.

I’d heard “Mandy” a thousand times, and never caught that “nothing is rhyming” line until Joe sent me some demo recordings for this album. Devastating. It is Music, not Manilow nor me or Pernice that writes the songs, and the day could come that Music declines to provide. The boy with the schnozz from the then-rough neighborhood of Williamsburg, Brooklyn certainly knows that sad songs, they say so much.

So, what does Joe Pernice bring to the picture with this beautiful collection? From a man whose Pernice Brothers music I’ve loved for years, the joyously jangly guitars, soaring harmonies, and arch, sardonic lyrics, this homage to someone else’s work is, in some ways, the most personal music Joe has released. For me, his vulnerable interpretations strip away the showbiz entirely, invite us into a quiet room with two very soft and comfortable chairs. Maybe Joe pours us some tea, and then, he plays this music as simply as it could possibly be played; no sequins, no orchestra, just Joe and you.

The plan was to call this album, “Barely Manilow,” but Joe discovered that a tribute band had already claimed that name. And now, he’s pleased to have dropped the jokey title. “I want to avoid even a whiff of irony,” he says. “I remember hearing ‘Mandy’ as a kid, and it was so beautiful, I cried—and I was surprised by the tears. So I wanted to treat these songs with the same respect Barry did. I'm hoping my interpretations help them get inside people in a different way.”

"There's a boat on the line / Where the sea meets the sky
And another that trails far behind.
And it seems you and I / Are like strangers a wide way apart
As we drift on through time."

There it is. In your hands, a statement of love for music and humanity, at a time when a lot of us could really use it. Even the sad songs make you not only feel, but feel better.

Like so many things you realize with the passage of a few years, I’ve come to realize that I’ve always loved Barry Manilow’s music. And, here, Joe Pernice offers an intimate, carefully curated set of songs that feel—feel—like you’re hearing them the moment they were written.

Tryin’ To Get The Feeling Again: Music and Lyric by David Pomeranz. WB Music Corp., and Upward Spiral Music.

Looks Like We Made It: Music by Richard Kerr; Lyric by Will Jennings. Irving Music, Inc. and Rondor Music, Ltd.

Could It Be Magic: Music by Barry Manilow; Lyric by Adrienne Anderson. Careers-BMG Music Publishing, Inc., and Longitude Music Company.